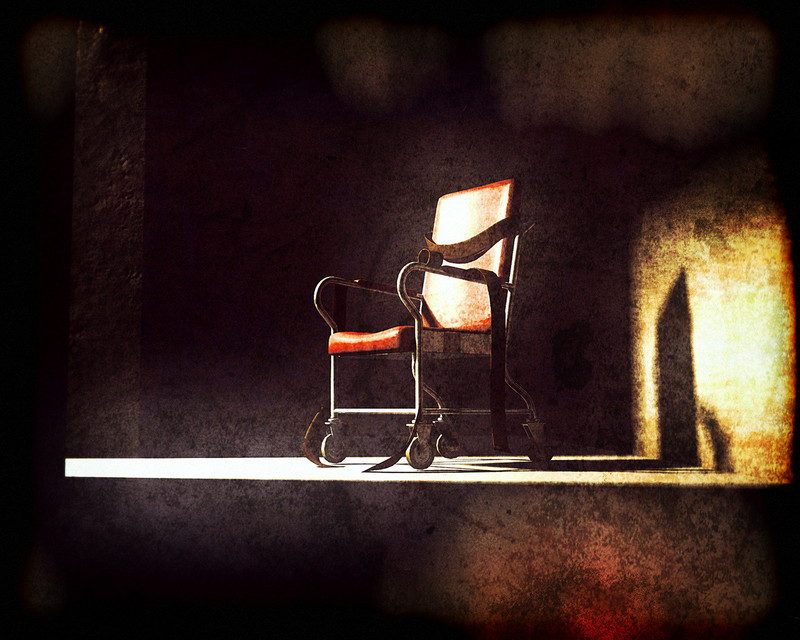 On the 8th day of Halloween, stop what you’re doing and watch…

‘Session 9’ (2001). An asbestos clean-up crew are working in an abandoned mental asylum, with only their own fractious relationships, personal demons and some disquieting tape recordings of the institution’s former residents for company.

If there’s one movie that deserves the title ‘most underrated horror of the 21st Century’, it’s ‘Session 9’. Criminally under-seen but outstanding, this is proof that a low budget can easily be transcended when your location, cast, writing, cinematography and sound design are all crafted with immense care to create a movie whose unnerving atmosphere is as distinctive and rich as anything the genre has produced in recent years.Peter Mullan is awesome in the lead role (obviously), but the true star is the real-life location itself. Like The Overlook Hotel in ‘The Shining’ and Hill House in ‘The Haunting’, Danvers Mental Asylum is truly a character in its own right; in my opinion it belongs among these others in the pantheon of all-time great horror film locations.