Film at the Folk Hall will be back with you in September with an incredible season of films starting with the hugely popular ‘La La Land’.

It stars Ryan Gosling and Emma Stone as Sebastian and Mia, lovebirds drawn together by their desire to do what they love but faced with tough choices about their relationship. It’s a unique look at the way careers can get in the way of matters of the heart as well a dreamy romantic romp through Los Angeles with catchy songs and beautiful cinematography. Gosling even learned to play the piano from scratch in order to make sure he could do the musical scenes himself! It broke box office and awards records winning 7 golden globes and an endless array of other accolades! If you haven’t seen it then you need to, if you have then surely, it’s time you saw it again? 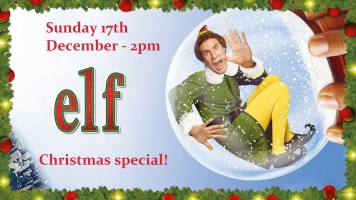 Following ‘La La Land’ (12a) we will have ‘Psycho’ (15) in October, ‘Dirty Dancing’ (12) in November and ‘Elf’ (PG) in December! Pick up a new programme and tickets to La La Land from the Folk Hall now! Tickets to our next film also available online from www.filmfolkhall.com.

While I’ve got you, if you have any interesting news or would like to speak to our audience about something important to you then please do get in touch. Part of being a community cinema is having a chance to get together with local people and find out more about each other. On film nights where we don’t already have a guest speaker we would like to open up the floor to members of our community. Whether it’s a big birthday or anniversary or perhaps you belong to a group and would like to share your hobby with us, get in touch to discuss further by calling 07891 497463 or emailing filmfolkhall@hotmail.com.

Thanks for reading and see you soon!

Sam and the team!